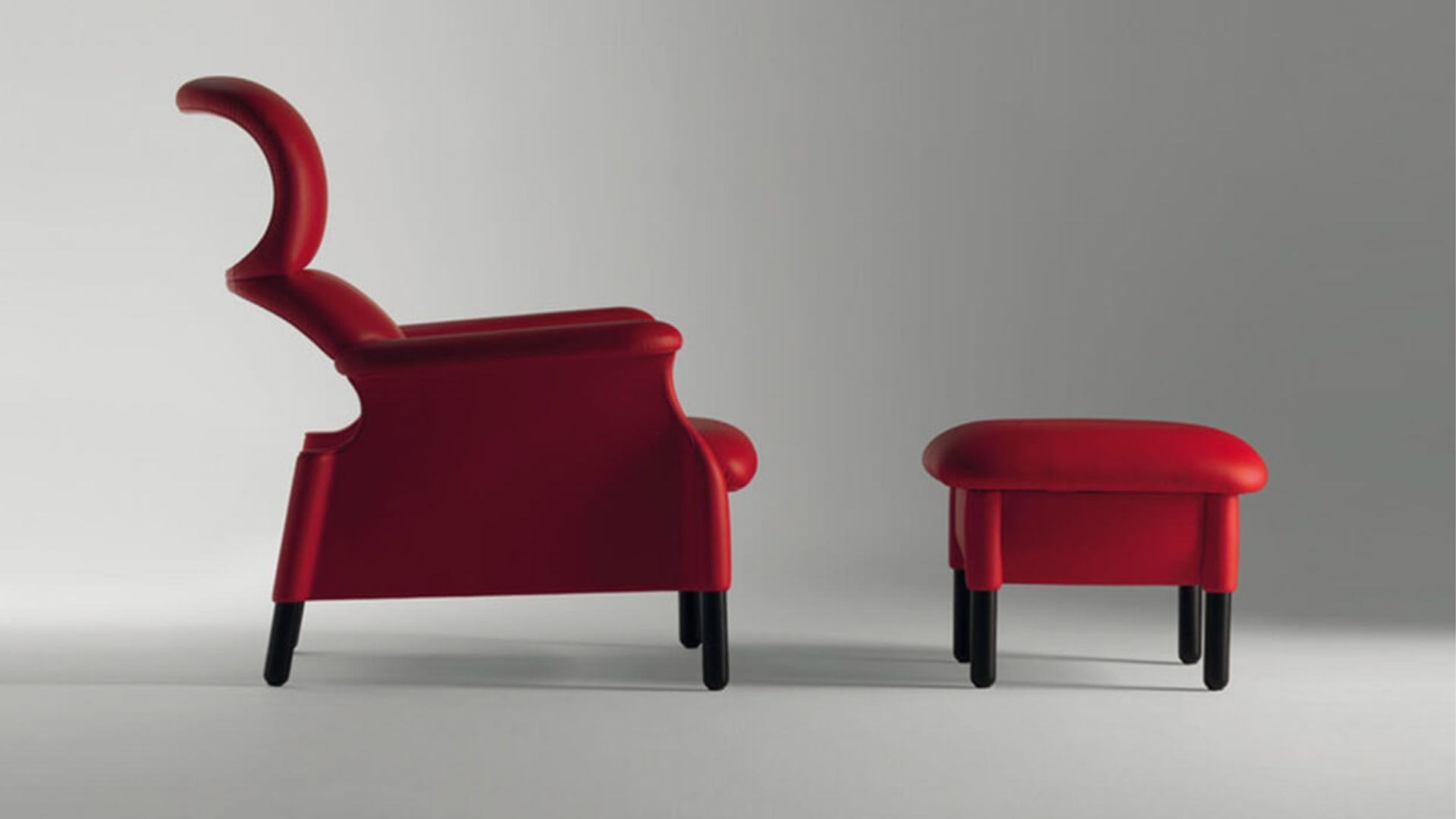 Achille Castiglioni: 10 of his best drawings

Often named one of the pioneers of global industrial design, Achille Castiglioni could penetrate the very essence of objects, see their potentialities and transform them into true masterpieces of design art.

Castiglioni was an essential part of the golden generation of talented Italians who took national design to a new level and contributed to their country’s post-World War II rebirth.

His work has been exhibited in major museums around the world and presented as an example in encyclopedias and educational manuals.

He could have been 100 years old in 2018, but in 2002 the maestro left this world, leaving a great legacy in Italian and worldwide design.

Check out some of his most iconic works below.

The Luminator floor lamp was invented by Achille and Pier Giacomo Castiglioni in 1954 and produced by Flos, which still manufactures it today.

The designers have focused on simplicity and functionality.

The lamp consists of three parts – a tripod made of galvanized metal, an iron rod covered with glossy paint and a lamp without a shade.

This object clearly embodies the main creative philosophy of the Castiglioni brothers “to obtain maximum results with a minimum of means”.

The Mezzadro stool is another icon of Italian design, created in the late 1950s by the Castiglioni brothers.

It is based on the idea of ​​building furniture from any means at hand.

The object, which today appears in all the textbooks of design history, is assembled from an old tractor seat from the beginning of the 20th century, a leg in the form of a bent iron bar and a wooden support resembling the handle of a corkscrew.

The seat is in stamped and painted metal.

The bent iron leg to which it is attached served as a shock absorber in the tractor, but here it has the opposite function, allowing the seat to bounce.

The prototype was produced by Isa and first shown at the XI Triennale in 1957.

Since 1970 it has been produced by the ZANOTTA factory.

For the same exhibition in 1957, Achille and Pier Giacomo made another stool from spare parts – a bicycle saddle, a steel pole and an iron base on which the whole structure can oscillate and turn in all directions.

Achille Castiglioni himself told the story of the appearance of this object, which could very freely be called a stool, as follows: “When I’m on the phone, I like to go back and forth, but I also like to sit on something.”

Sella lets you do both.

Corded landline telephones are long gone, but the Sella stool continues to be produced by ZANOTTA to delight all lovers of design classics.

The Sanluca 1960 chair is a typical contemporary interpretation of a classic armchair.

Achille and Pier borrowed its deep padded seat, wide armrests and comfortable backrest with a headrest to create their own version.

The shape and ergonomics of the chair were innovative for their time and are still relevant today.

The production process of the armchair is also unusual.

According to the idea of ​​​​the designers, the seat, the backrest and the headrest were made separately and assembled into a single whole.

Gavina made the first samples; then it was produced by Knoll (1969) and Bernini (1990) and, finally, since 2004 Sanluca has been offered by Poltrona Frau, a leader in the Italian furniture industry, with the Luca pouf that Achille Castiglioni added to the chair in 1991.

In the 1960s, Achille and Pier Giacomo Castiglioni actively collaborated with the FLOS factory, with which they introduced the revolutionary Cocoon technology.

Synthetic resin in the form of a spray was sprayed on the metal base of the lamp, forming a kind of transparent “cocoon” around it.

The Castiglioni brothers created several designs using this technique, including the Taraxacum, the Viscontea, and the Gatto table lamp, which quickly grew in popularity.

The Brionvega RR126 stereo radio has made history, not only for its design but also for its technology.

Designed by the Castiglioni brothers in 1965, it caused a sensation as soon as it was put on the market.

The original modular design allowed, if desired, the radio to be folded into a compact square.

The case was made of wood by hand, so each piece was unique and unlike any other.

Thanks to the castors, the Brionvega RR126 can be easily moved around the room.

Achille and Pier Giacomo Castiglioni designed the Firenze wall clock in 1965 for the La Casa Abitata exhibition at Palazzo Strozzi in Florence, the city whose name it still bears today.

The prototype, presented at the exhibition, was manufactured by the Lorenz company but was not produced until the mid-1990s.

In 1996, the company Alessi and Achille finalized this project and produced a wall clock, keeping the original design but adding new bright colors.

After his brother’s death in 1968, Achille continued to work alone and in tandem with other designers.

Paro reverse glasses were created by the master in 1983 and produced by Danese.

Their idea is simple (like everything ingenious) and is still often copied by other brands: turn the glass upside down, and the stem becomes a shot glass.

Another original work from the 1980s, the modular Joy shelf (Zanotta, 1989), is essentially a creative reworking of the Basello console created by Achille Castiglioni two years earlier.

It consists of several wooden consoles of different sizes strung on a steel rod, which can be twisted in all directions to create the most complex spatial compositions.

During the last years of his life, Achille Castiglioni was not only a designer but also a teacher at his alma mater, the Politecnico di Milano, raising many stars of contemporary design, such as Patricia Urquiola.

He loved working with young people and often invited young designers to do something together.

One of these projects was the 40/80 Achille chair co-created with Ferruccio Laviani in 1999 for Moroso.

The work of the Castiglioni brothers largely shaped the development of post-war Italian design, found its way into museum collections around the world and remains iconic for all design connoisseurs.

Although years have passed since the manufacture of Achille Castiglioni’s industrial products, they are still as impressive and cheerful today.