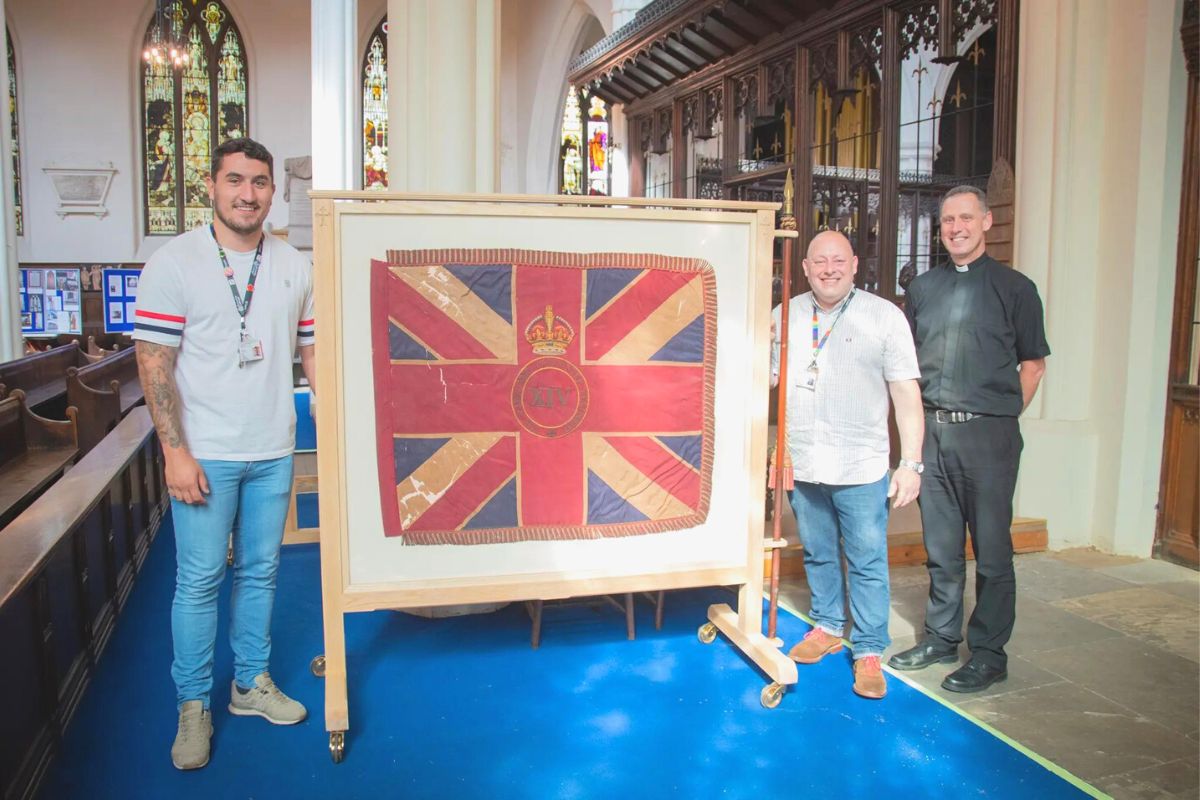 The flags are believed to have been stored in St Mary’s Church on Church Street in the town center for over 100 years and have deteriorated to the point of falling apart.

The restoration project was funded overall by a grant from South Yorkshire’s Community Foundation (SYCF), who advised Father Stephen Race of St Mary’s to involve the College in creating the stalls.

The stands, which the College team made from ash wood, were introduced in a special year for the church as it celebrates the bicentenary of its rebuilding in 1822.

Textile conservators at the People’s History Museum in Manchester spent a week carefully arranging the remaining fragments of each color to be placed in the bespoke frames, and the fragments can still be seen in the displays.

Lecturer Stephen estimated that about two to three weeks in total were spent in the second half of the last academic year working on frameworks and said:

“We were honored to be involved in the manufacture of the display frames for the Regimental Colors of the Barnsley Pals.

“It was an opportunity for staff and students to showcase a range of traditional skills, while giving something back to the local community. Especially considering that some of our students’ ancestors will have sacrificed so much for King and their country.

“It was also a chance to bring some positivity back to the region, especially after the instability of the pandemic.”

Father Stephen Race added: “It has been a wonderful project which has unfortunately been delayed for some time due to the pandemic.

“It was really great to have the skills of the College staff brought in and added to the learning of the students involved.”

Recommend0 recommendationsPosted in Skills and learning

2022-09-26
Previous Post: MUDA Architects designs a bookstore with a roof in the shape of an “upturned book”
Next Post: The brand released four new frames