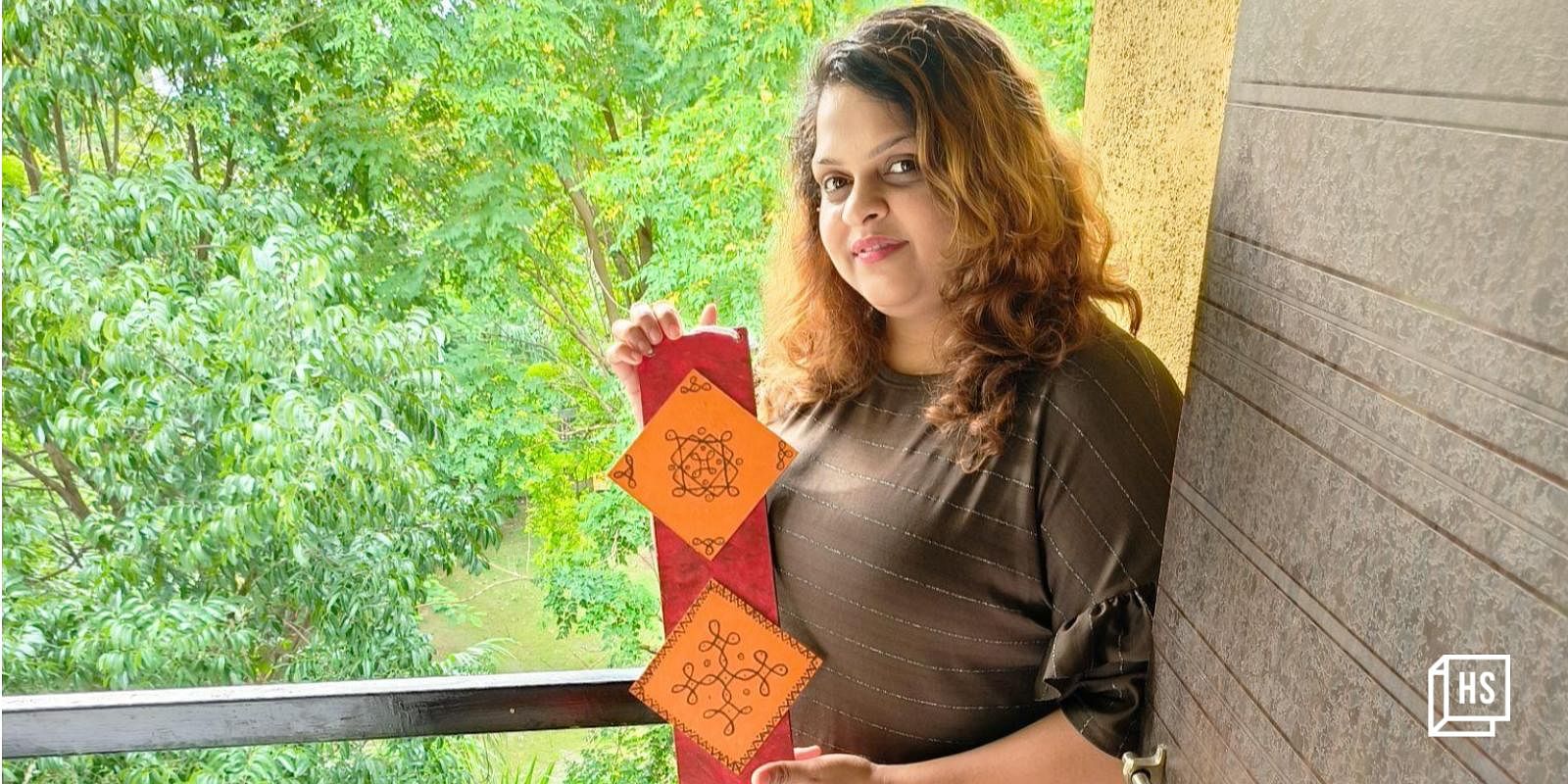 In 2019, Nashik in Maharashtra made headlines for heavy rains and flood-like situations after water was released from the Gangapur Dam causing the Godavari River to flow over the danger mark. Lawyer Tripti Gaïkwada longtime resident of the city, becomes concerned and decides to see the flooded areas.

“When I went to the banks of the river, I saw a gentleman who had brought quite a few large picture frames, mostly of gods and goddesses, ready to throw them into the river. I immediately stopped him, but he said he couldn’t think of any other place to get rid of the gods picture frames, only the river seemed ideal.

Tripti was shocked and felt compelled to do something. She asked the gentleman to remove the wood and glass from the frame and dip the printed photo in river water. “Once it disintegrates, you can pick it up and dip it in your flowerpot,” she told him.

“After this incident, I thought that if I could make a difference in such a small way, I could also do it on a larger scale,” says Tripti, who immediately began his research into recycling different materials, from plastic and plywood to metals.

What started as a small recycling project in 2019 was transformed into something more in July 2021, when Tripti launched Sampurnam Seva Foundation with the aim of recycling as many idols and photo frames as possible. She says that for her it amounts to giving ‘purnatvar’ (completion) to the broken idols of God. Tripti says that to date, the foundation has succeeded in recycle over 50,000 items of religious significance, with more than 5,000 donors.

She adds that given the sensitivity behind working with sacred and religious objects, a pooja is performed for each item that is recycled.

In 2019, soon after the riverside incident, Tripti started reaching out to those around him on social media to raise awareness and ask for old frames and idols of deities that people no longer needed. To his surprise, the response was overwhelming from the first week itself.

To start, she collected plastic and metal idols, melted them down, and recycled them into simple toys. Plaster of Paris (POP) idols were turned into powder, and with a little cement added to aid bonding, they were recycled into bricks or stray dog ​​bowls. She even started creating birdhouses with some of the recycled materials.

Last year, just after the Ganesh festival, when Tripti and her team of volunteers were inundated with idols, which they recycled into toys and distributed to children in the slums of Nashik.

Charity with a mission

Recently, Tripti got together with a friend of hers and came up with the idea of ​​making home decor products with these recycled materials, naming it Aaras. The initiative was launched primarily with the aim of give work to women who cannot work outside their home and people with autism.

“We trained them to paint and decorate these objects. It makes them happy and also allows them to earn their daily salary,” says Tripti, who currently employs nearly 10 people. She says the items will soon be available on Amazon under the Sampurnam brand.

The foundation also sells molten metal cubes to a local factory which uses them to make wire. The plastic that is melted and turned into pellets is sold to factories that process these raw materials.

Tripti says her work has garnered such attention in the past year alone that she receives nearly 10 to 15 packages daily from across the country. The packages mainly contain idols, photo frames of gods or old people, texts and other objects of religious significance which people believe can be put to better use.

Asked how she manages to cope with the volume, Tripti informs that this was one of the challenges she faced, in addition to funding. “I didn’t have the space or the funds to rent accommodation. So I decided to charge a basic fee to those who donated the items, and with that, I was able to get the ball rolling,” says- she.

Tripti has now rented a warehouse in Nashik which is used to store all donated items, and where products are separated and sorted according to type and materials used. “Going forward, I want to focus on this work at the district level across the country,” says Tripti.

Although she works as a full-time lawyer, practicing in the family court, Tripti manages to dedicate a good deal of her time during weekends and other free time to Sampurnam’s cause.

Advising women on how to pursue their dreams, she says, “Every journey inevitably faces obstacles. Nothing will go smoothly. But be prepared to work hard and you will see the results.”

“I have a good team in my legal practice who are very supportive of my work, and in terms of my work with the foundation, I think that’s been a blessing,” concludes Tripti.