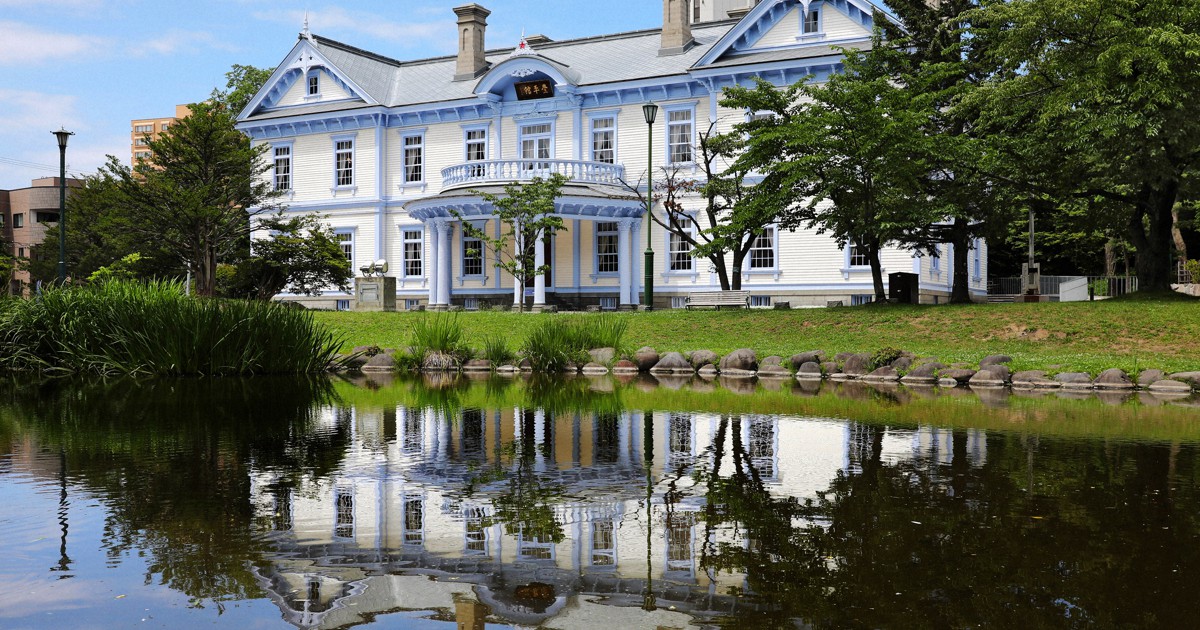 Retro Japan: white walls and blue frames harmonize on a 19th century building in a park in Sapporo

SAPPORO – A building whose exterior contrast of white and blue stands out in early summer remains a majestic feature of Nakajima Park in the Chuo district of this northern Japanese city, with its reflection visible in a pond in the park.

The building, Hoheikan, was built as a Western-style hotel in 1880 by the Hokkaido Development Commission and is now designated as a cultural property of national significance.

While the design of the two-story wooden structure is heavily influenced by the American architectural style, its front entrance pillars and balcony are European in design. Traditional Japanese techniques are also used for the roof and ceiling ornaments. Window frames and eaves are painted bright blue, and a red five-pointed star – which was used for the development commission’s flag – adorns the roof.

Hoheikan was built north of the present Sapporo TV Tower, but the municipal government moved it to its current location in 1958. The hall has been popular with people, having served as a wedding venue for some 20,000 couples until fiscal year 2011.

It underwent earthquake resistance works, the painting of its exterior walls and a renovation to change the layout of the room to the original design, which took four years from 2012. It is now open to the public 9 a.m. to 5 p.m. daily, except the second Tuesday of each month.

The Japanese version of this article was originally published on August 2, 2020.

This series explores the architectural marvels of Japan and its secrets of yesteryear. Read more articles about retro Japan here.

2022-08-14
Previous Post: 18 elegant frames of all sizes for your art prints and photos
Next Post: Black Frames for New Windows: What You Need to Know Before Your Next Green Renovation Project